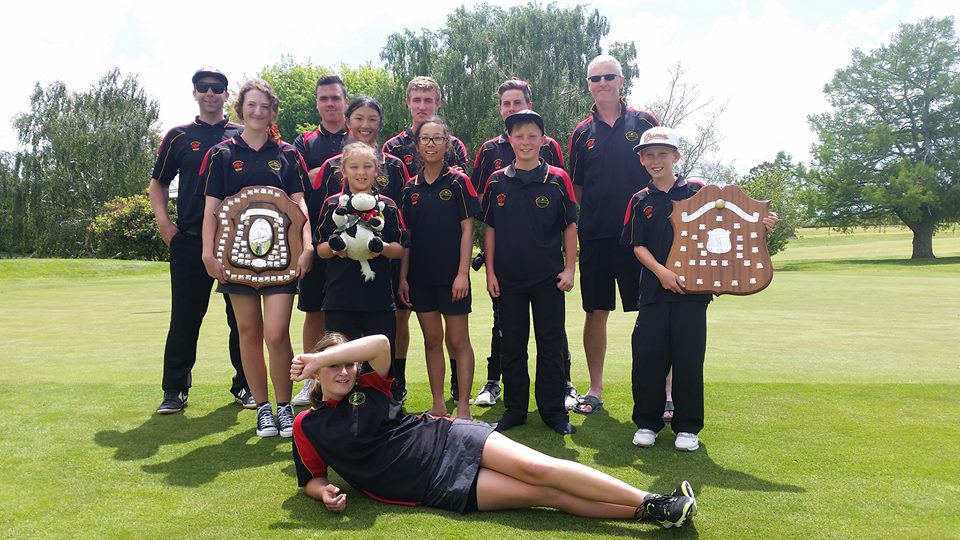 The Junior Golfing Society was formed in 1960 at a time when juniors had no place on golf courses and there was no opportunity for girls and boys to play the game.

Mrs Wilson, a lady from Te Awamutu, visited England and came back with the idea that she had seen operating successfully there. She called a meeting in Te Awamutu and 130 people turned up to find out more. Waikato was the first society to be formed followed by Poverty Bay and Northern Hawkes Bay.

Nan and Jim Booth donated a trophy called the Booth Shield which is contested between all the Junior Golf Societies in NZ and this continues to be a strong competition held every Labour weekend. Nan Booth who is now in her 90’s still attends these tournaments

The concept of the JGS now is that juniors get the opportunity to play on courses other than their own once a month. Another strong bonus is that the juniors themselves run the Society and the competitions – this gives them valuable training in sport administration.