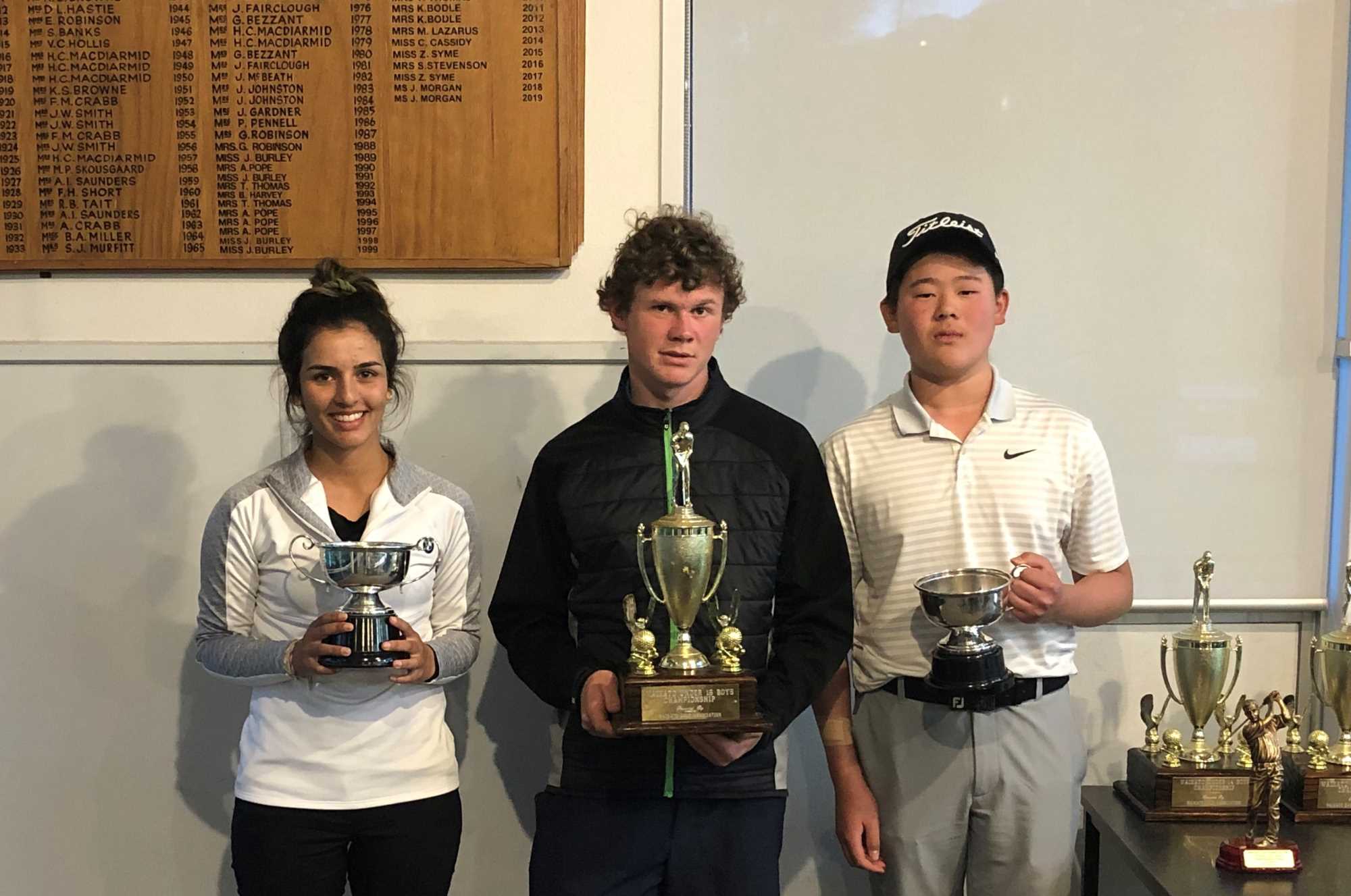 The Annual Waikato Age Group Championships were held on the 13th & 14th of July at the Cambridge Golf Club. This competition brings together some of the best under 14 boys and girls, under 16 boys and girls and under 19 boys’ and girls’ talent from around New Zealand and Asia.

The Tournament is run across 36 holes over two days with gross and nett prizes for the winners of each division.

In the under 14 Girls division Rianne Li showed her talent to win by 5 shots in the gross with a score of 144. She beat second place Lucia Lee who shot 149. In the nett competition Juwon Kim took out the top prize with a nett score of 147.

The under 14 boy’s division was dominated by a standout performance from Robby Turnbull, who shot rounds of 69 and 73 to win by 10 shots over Ivan Yun. A countback was needed to find the winner of the nett division but in the end, it was Ricci Putohe who won first place over Yicheng Wang.

The Under 16 boy’s division was a closely fought contest. After the first round four players were all tied for first place after shooting rounds of 74. In the end it was Waikato local Sam Towers who held his nerve to go one better with a round of 73 for a total of 147. In second place was Nathan Clark with a score of 150 and third place went to Waikato representative player Ben Ambler on 151. Benji Hao took out the nett competition with a score of 148, Waikato boy Cole Tosland finished in second place on 150.

All the attention quickly shifted to the under 19 girl’s division where Tara Raj, Caitlin Maurice and Grace Jung were all tied up heading into the final hole. A playoff was almost needed but Tara Raj would not be denied beating Caitlin Maurice by one shot and Grace Jung by two shots with a score of 145. After just missing out on a prize in the gross competition Grace Jung claimed first place in the nett with a score of 148.

The Boys under 19 division showed early promise of scintillating golf. Henry Wang led the field after round 1 with a two under par 70 but right on his heels were Rhys Thomas and Jarrod Millar who carded one under par 71’s. Also, in the hunt were Joshua Bai, Mitchell Kale and Nathan Smith who all scored even par 72’s. In the second round Joshua Bai carded one of the best rounds of the event a three under par 69 to leapfrog everyone else a secure first place with a total score of 141. Waikato representative player Rhys Thomas shot a 72 in the final round to take out second place and Henry Wang was awarded third. Benjamin Todd from Futures Geyserland took out first place in the nett competition and Waikato locals Sam McArthur and Tony Tian finished second and third, respectively.

The Cambridge Golf Club once again was a fantastic host for this time-honoured event, and we look forward to teeing it up again next year.

Thank you and congratulations to all those players that competed and their parents for taking the time to bring them to the event.